Over 60% of email phishing attacks are targeted at Canada

Once again Canada is the overwhelming target of email phishing attacks, receiving 66 percent of all phishing emails, according to RSA’s Quarterly Fraud Report for Q1. The next most commonly targeted country, the U.S., accounted for only seven percent.

The increasing number of fraudsters luring in victims with fake domains that resemble legitimate websites, a rising number of which are tied to COVID-19, has led to an overall 12 per cent spike in brand abuse attacks. These types of attacks made up more than 22 per cent of all attacks in the first quarter.

Which countries are most targeted with Phishing

Out of the 50,119 cyber attacks worldwide identified by the RSA, the vast majority of these were phishing attacks, representing 54% of all attacks.

Possible reasons why Canada is the number one target of cyber-criminals?

There are a number of factors as to why attackers are targeting Canadians with phishing attacks, such as:

Resources from Thexyz to help reduce the threat of email phishing

Whether the targets are consumers or organizations, the key to avoid being victimized are the same: awareness and preparation. Here are a number of tools developed by Thexyz that can assist you in the fight against email phishing.

In Q1, over 27K of all cyber attacks were related to email phishing, more than all other attack types combined #fraud #CyberSecurity

📢 Slam the scam! If you get a letter, email, text or phone call about your taxes or #CERB or #CESB, log in to My Account or My Business Account to check 👉 https://t.co/OtQAEwDgU9

In Q1, 26% of fraud transactions originated from a mobile app, double the percentage in the previous quarter

Just blogged: The One Valuable Thing All Websites Have: Reputation (and Why It's Attractive to Phishers) https://t.co/5t91wdAic0 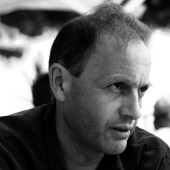 I write a lot of fuzzing tools for anti-abuse purposes. I use these to make the web safer. Usually there's a custom firewall involved for some obscure performance benefit. Who knows. Is Your Email Archiving Securely Backing Up Email?